The two pale boxes in the shaded area continue the same model, while the darker boxes are taken from a similar model of good friendship whose estimates are presented in the Online Appendix. The top two boxes in the white panel refer to groups' mean indegree and outdegree, which together account for possible popularity differences between Arabs and Jews. Both distributions hover around a median of zero, as popularity and expansiveness are fairly similar between the groups. The next box depicts gender segregation, whose median is about 1. Gender differences in popularity are negligible.


The next two boxes refer to network mechanisms: clustering and reciprocity. Clustering GWESP refers to the effect of the number of common friends each two students report on the odds that they would report their own friendship. 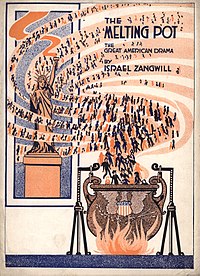 Its median is 1. Reciprocity refers to the effect of one student reporting a friendship on the odds of reciprocation—which multiplies the odds of friendship by 3. Next, in the shaded area, are separate distributions by school type for ethnic segregation estimated as the change in the odds when both students are either Jewish or Arab, compared to when they are of different groups, after controlling for all other effects in the model.

The medians in multicultural schools are 0. These translate to a multiplier of 2. The figure also shows that while segregation is evident i.

Islam, Migrants and Multiculturalism: A glance at Germany and beyond

In sum, two different estimation methods—ERG models controlling for a host of background mechanisms, as well as Newman's relatively simple assortativity index—reach the same fundamental conclusion, in line with SIT and opposed to the contact hypothesis—that networks in multicultural schools are more ethnically segregated than the networks in assimilationist Hebrew schools that cater to Arabs and Jews.

This finding, however, could result from a couple of possible confounders, discussed in the next section. Critical readers may wonder if our findings are not due to differences between schools in their constituencies. Multicultural schools cater to upper-middle-class Jews and Arabs who selected themselves into these schools, while assimilationist schools cater to lower class Jews who attend these schools by default, and by lower- or middle-class Arabs who prefer them over all-Arab alternatives.

Parents of pupils attending multicultural schools would be expected to be more committed to coexistence and Arab—Jewish integration than those whose children attend assimilationist schools. The take-home survey instrument shows that when broken down by school type and ethnicity, Jewish parents in multicultural schools, as well as Arab parents in both school types, report favourable attitudes towards Arab—Jewish integration, whereas Jewish parents in assimilationist schools are more neutral and diverse in this regard.

This clearly alleviates the concern in question.

Israelis: What are Israeli customs and traditions?

Another possible confounder for our results is ethnic heterogeneity. Heterogeneity measures the probability that any two students in a class will be from different ethnic groups. Its curvilinear association with ethnic segregation can be thought of as composed of two different mechanisms: a purely structural effect, and an additional mechanism that links heterogeneity and preferences Smith et al.

Simply put, a potential critique of our findings might be that since multicultural schools aim for ethnic equilibrium within classes, their higher segregation levels may have more to do with classroom composition than with school ideology.

It too ignores the least heterogeneous classes in assimilationist schools. The white area plots parameter distributions for 29 heterogeneous classes, while the bottom shaded area presents the distribution of ethnic segregation estimates for three operationalizations of friendship, by school type. Full models for the bottom two operationalizations are shown in the Online Appendix. Evidently, these classes do exhibit stronger segregation than the 32 omitted classes. The differences between school types, however, remain substantial, with the interquartile ranges of segregation estimates completely separable for strong friendship.

Finally, the very bottom two boxes relate to the possible confounding of geographical proximity. Geographical distance is a major predictor of ties in networks Butts et al. Of the five multicultural schools, three are rural, with most students bussed-in from different communities, while the remaining two schools—in Jerusalem and Beer Sheva—are urban with students from different neighbourhoods and suburbs.

Assimilationist schools, by and large, are neighborhood-based schools. This is what Windzio and colleagues found Windzio and Bicer, ; Windzio and Tommer, , and it may also explain Beckerman's findings about the rarity of home visits. We attempted several tests for this possible confounding factor, none of which explained away any significant part of the difference between school type in segregation levels. We ultimately chose to present such a test by a third and last formulation of friendship, where ties were defined based only on the four friendship questions that do not pertain to geography, ignoring questions about home visits, and afternoon encounters full models for the full sample are available in the Online Appendix and are similar.

Limiting friendship to school-based items, and limiting the population to heterogeneous classes, does not change the pattern of our findings: with geography and heterogeneity taken out of the picture, differences between school types remain robust. This study contributes to the debate on the pros and cons of multicultural education as a tool for ethnic integration. The main finding concerns the differences in ethnic segregation in multicultural and assimilationist schools. Unexpectedly, perhaps, and robust to several methods of estimation, we find more ethnic segregation in multicultural primary schools than in their assimilationist counterparts.

Our study is the first clear-cut examination of this question. The results are unequivocal: multicultural schools, with their celebration of difference, entail a cost in terms of social integration compared to assimilationist schools—they enhance ethnic segregation in friendship networks.

The Multicultural Challenge in Israel

We map the differences between the two types of schools onto a theoretical debate between contact and social identity theories. In accordance with the scope conditions suggested by the former, multicultural schools would be thought to promote contact, equality, cooperation, and mutual recognition and respect, between diverse groups. Thus, according to contact theory, such schools are expected to promote interethnic friendships in comparison to assimilationist schools, where these scope conditions are not met.

According to SIT, the multicultural emphasis on difference and distinction encourages social division and stereotyping, thus leading to reduced interethnic friendships. The results of this study unequivocally support the prediction of SIT. Using data on friendships in complete classrooms, we estimate ethnic segregation in several relationship types employing both the assortativity index and ERG models. All analyses converge to the same substantive result: ethnic segregation is far weaker in assimilationist primary schools as compared to multicultural schools.

These differences are robust to classroom differences in ethnic heterogeneity, geographic proximity, and controls for both student and network characteristics. We remain with the possibility that selection on unobservable variables may drive ethnic segregation. However, for selection bias to distort our conclusions, these unobserved variables need be correlated with ethnicity, and their variance in assimilationist schools needs be much larger than in multicultural schools. Such patterns are not found in any of the constructs we measured. Our results challenge the multicultural position with respect to social integration.

While empowering minorities, it enhances social closure between groups. Multicultural schools celebrate ethnic diversity and elevate all cultures to equal status. By doing so, the salience of ethnic distinctions and group boundaries is reflected in greater segregation, as compared to schools where ethnic boundaries are blurred or denied. Future studies should examine directly whether this end result of heightened segregation is driven by differences in preferences i.

To do so would also require direct measure of attitudes towards the other, in addition to our behavioural measure of friendship. From the standpoint of Arab—Jewish relations in Israel, the most interesting result of the study is the relatively low level of ethnic segregation in friendships in assimilationist schools. This is surprising and encouraging against the backdrop of the persistent conflict between Israeli Jews and Arabs. In assimilationist schools ethnic segregation is much lower than gender segregation, and in some formulations it is essentially 0 on average.

While a direct comparison of ERGM estimates from different contexts is dubious, the estimates of ethnic segregation in a conflicted society such as Israel, over the entire sample of classes in assimilationist and multicultural schools, are low when compared both to the gender segregation estimates, and to ethnic segregation estimates found in the United states and The Netherlands Goodreau, Kitts, and Morris, ; Wimmer and Lewis, ; Fortuin et al. Finally, this last encouraging finding from the point of view of Arab—Jewish coexistence should also remind us of the scope limitations of our main theoretical conclusion.

We set out to contrast SIT with contact theory, and the data exhibited a pattern in line with SIT, challenging contact theory and multiculturalist education.

However, one must consider the exceptionality of the Israeli case, for its pervasive segregation in many spheres of life—residence, family, religion and education except the few schools in our study —as well as the intensity of the national conflict, and the fact that the single dichotomy between Jews and Arabs is far more salient than in groupings where other ethnic relations have been studied. Future studies should examine whether our conclusions against multicultural education as a means for promoting coexistence hold true in more diverse and less hostile contexts, such as those of the United States and Europe.

Remaining errors are, of course, entirely our own. Oxford University Press is a department of the University of Oxford. It furthers the University's objective of excellence in research, scholarship, and education by publishing worldwide.